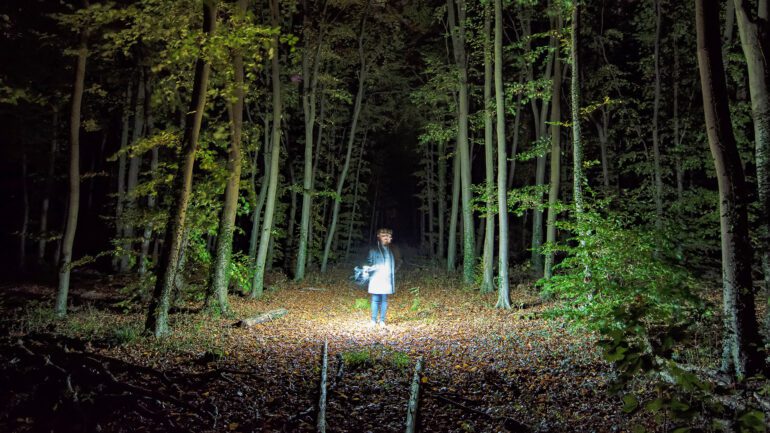 Lord Chaz, creator of the first nightly Ghost and Vampire Tours in New Orleans, has brought together the best macabre history of New Orleans to create the most entertaining and theatrical walking tours in the French Quarter.

As the shadows grow long and the sun dives behind the horizon, Lord Chaz emerges to lead brave tour participants through the darker areas of the French Quarter on the re-vamped (no pun intended) French Quarter Ghost and Vampire Tour. Featuring a few NEW stories as well as a selection of old favorites, it is a new version of his extremely popular tour that is sure to chill you to the bone.

Joshua and Katrina were an absolute pleasure on our tour! They were extremely knowledgeable about the history behind the stories they told, and they obviously LOVE New Orleans and it’s culture, which I think is SO important when you’re dealing with drunk idiot tourists all the time. I wish we could have covered more locations, but I’m sure it would take days to get into the thick of the ghastly, gory, gruesome (alliteration there) that is New Orleans history. I would pay to hang out with them just to hear more! Not to mention Katrina is a bombshell with a personality and intelligence to match! We really will recommend them to everyone 🙂

Chaz was a decent tour guide, but the tour was just slightly too scripted and canned. His assistant, the girl, was very theatrical and her “jokes” were on command almost. I liked the ghost stories, though, but I wish it was scarier. Chaz did some… I don’t want to call it theatrics…. but a “demonstration” at the end of the tour. I’ll leave it up to you guys to decide for yourselves!