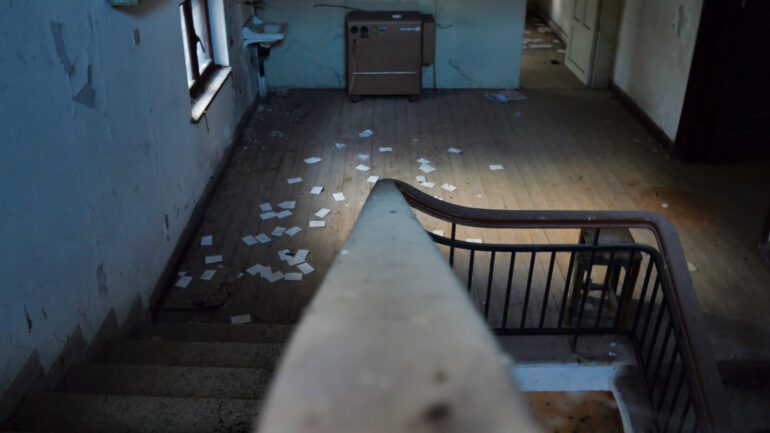 Orange County Ghosts and Legends is an organization dedicated to and specializing in anomalous and paranormal research. Our team of professionals investigate privately owned businesses, historical landmarks and private residences.

OC Ghosts and Legends leader and operator Cris August envisioned an organization that would also allow for the public to further explore their own curiosities with the paranormal, by offering public ghost tours and events- conducted by our own field investigators. Like most paranormal enthusiasts, we love to investigate notorious locations that we have all heard about- however, finding those ‘hidden gems’ and locations that have yet to be researched and explored is what we thrive upon!

This is in response to Stephen P of Free Tours by Foot. The tour that you mentioned with 21 people is not the day we went, that’s the Monday after ours. The day we went was the previous Monday August 3. There were 6 of us waiting patiently & in good spirits and the Swedish ladies I mentioned could not have been the same ones I was referring to because they left August 4 (as mentioned in my review). And we could not have missed the tour guide because we were diligently checking both entrances. Please tell me, is it unreasonable to complain if we were made to wait 40 minutes for a tour guide? With not word or notice he’s on the way or not? Worth mentioning I received no response to the phone call I made to the contact provided on the confirmation note at 2:25pm that day. No response till I after I posted my review days later. Reviews are a reflection of one’s experience & I was stating it just the way it was. Companies have good & bad days. However, I do not appreciate it when reps from this company insist that I ‘might have been late or confused’ both online & text conversations. And questioning why I was the only one who spoke up or wrote a review. That in my book says a lot about customer service.

First time in Chicago and don’t know squat about the city. Did the North Loop & Millennium Park tour for 2pm. Our tour guide was Aram. He was pretty informative and gave cool facts about Chicago. He will answer any question you have. The meetup point was Chicago theater. He talked about the following: Chicago Theatre CTA train Marshall field and company bought by Macy’s The reliance building Argo tea cafe Oriental theater Thompson Center Richard J Daley center Picasso statue Chicago Temple/First Methodist church County building (has a rooftop garden) exelon plaza chase tower Palmer hotel historic 66 route starting point art institute of Chicago millennium park crown fountain (usually a pool in the summer, different faces appear on the LED including some celebrities) cloud gate (End point) Tour ended before 4pm. Maybe 20 minutes early. The weather turned out to be great later on. I definitely recommend this tour if you are a newbie to the Windy City.