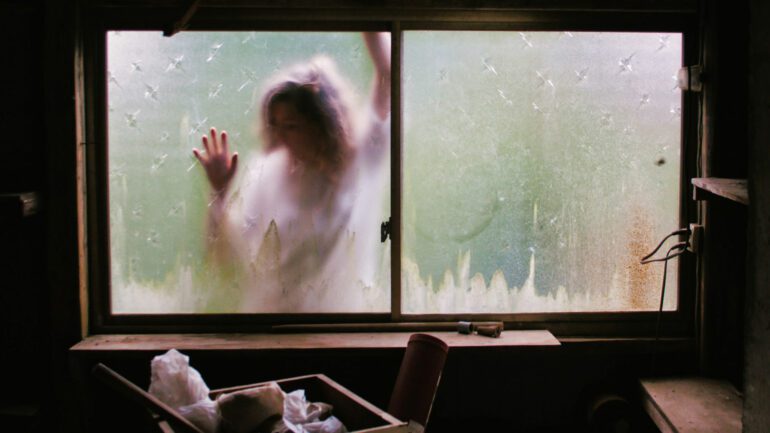 Tanu was reluctantly following Ana up the front steps of the abandoned library.

“I think this is a bad idea, Ana,” she said, as she watched her push open the door.

“Why? The door has been left unlocked for us,” she replied. She waited for Tanu to walk up the past few steps.

“Well, for one, I feel like I’m breaking and entering,” Tanu explained.

“Nonsense! I heard this building was haunted, and wanted to check it out for myself during our trip to New York.”

“Fine,” she said reluctantly. She shook her head. She was always doing crazy things. Lately, it seemed like she had a big secret, and she wasn’t telling her what it was. “But let’s get it done quick, as this place gives me the shivers.” Tanu gazed into the dark. It was like there was a low howling wind in the distance.

“I’ve heard about this place,” Ana said. “It’s one of the old university libraries. Perhaps I can do some research while we’re here.” She flicked on her flashlight and aimed it around the first floor of the room. Most of the shelves appeared to be empty. A few dusty tomes and old magazines remained. “Well, I shall do my best anyway.”

“Oh right, your research. I never understood your sudden shift from philosophy to medicine,” Tanu said. She blew some dust off the bookshelves. “Right, then let’s find the medical section.”

The pair of them were sorting through a box of old papers when they heard a creaking noise coming from behind them. They turned and jumped as they saw a shadowy figure materialize! Ana tried waving the flashlight in the apparition’s direction, but each time it was like the light was pushing the darkness away.

It took a step forward. “You,” it said, pointing sharply at Tanu, “Get away from here.”

“No,” said the shadowy apparition. “You can stay…”

Tanu and Ana looked at each other.

“No, she’s coming with me,” said Tanu. She grabbed Ana’s hand and pulled her toward the exit.

“No, I said,” spoke the apparition again. “Ana is already dead.”

“I’m what?!” said Ana, becoming visibly upset. “But, how would it know,” she thought to herself.

The apparition’s long black hands reached for them, but the pair raced past the doors of the library, and quickly down the steps.

“Nice going, Ana,” said Tanu berating her. “First night in New York City and we come across a gang member!”

“I don’t think he was a gang member,” answered Ana. “I think he really was a ghost.”

“What?” asked Tanu, as she followed her across the street to the train station.

“Tanu, I have something to tell you.”

Tanu was on the platform of the Empire State Building. She carefully peered around her. There was a video camera up above, so she knew she had to be quick. She removed the urn from her backpack, pulled off the lid, and lifted it past the protective wire cage protecting the tourists. She slowly shook the dust out.

“Goodbye, my dear sweet friend Ana. I shall love you forever. If only you had told me you had cancer, perhaps we could have traveled farther than New York City.”

She placed the lid back on the urn and left it on the floor. Security did not come so she headed back to the elevator. Her next destination was on Ana’s bucket list: Niagara Falls…

Previous
The Demon’s House of Fright