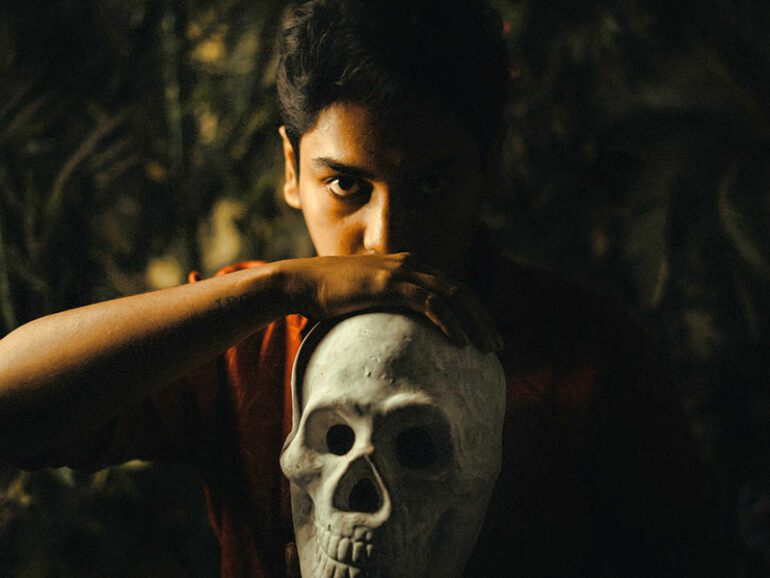 Every night in October the Lawrenceville Ghost Tours are hosted in downtown Lawrenceville, GA. Ghost Tours depart from the Aurora Theatre and they’re about 90 minutes and participants will walk about a mile.

During the tour the story guide makes different stops around the city to tell us about bizarre paranormal events that have happened recently in the businesses around the area.

My favorite part was stepping inside the old jail. That was a very unique and creepy experience.

In general this is a very educative tour. There was so much stuff I didn’t know about Lawrenceville before this.

I’ve also been to Brews & Boos Lawrenceville Haunted Pub Crawl which is the same concept, but instead, we’d stop in different restaurants around the area to hear the stories, and we’d receive a complementary alcoholic drink. (about 4 drinks at the end).

Free parking is available at City of Lawrenceville Parking Deck attached to the lobby of Aurora Theatre at 153 E Crogan Street. The tour is also available in Spanish.

I’ve done a lot of ghost tours over the years: Roswell, GA (several times); Saint Augustine, FL; New Orleans, LA… I had some high hopes for this one. The theatricality of the tour seriously cut away from any interest the stories may have had for me. In other words, the stories the guide was trying to tell was completely lost behind the character he was portraying.

I ended up spending most of the rest of the night trying to find the stories that were only half told or were barely referenced, including: the lynching of Charlie Hale, the Ponce De Leon/Royal Palm Southern railroad crash, the lightning strike deaths at Lawrenceville Female Seminary, etc. Again, any interesting historical bits were lost to the theatricality of the role played by the tour guide, to the point that the stories felt unfinished, a side note to the character being portrayed by the guide.

Now, I can understand the need to make your tour stand out from all the others. While everyone else is giving the history and the ghost stories, the Lawrenceville Ghost Tour focuses on giving a show. The stories are there. The history is there. It’s just all lost in the over the top showmanship, where the tour guide had built himself in a backstory involving a real train crash that happened in 1926.

Had I known about that going in, would I have gone? Probably not, truth be told. Will I come back next year, like I have done for Roswell and will do for Saint Augustine and New Orleans? Probably not, as well.

In short, if you’re expecting a historical ghost tour, give this one a pass. I would have loved for this to be good, but to me, it was a little too much time spent on character development and too little spent on history.