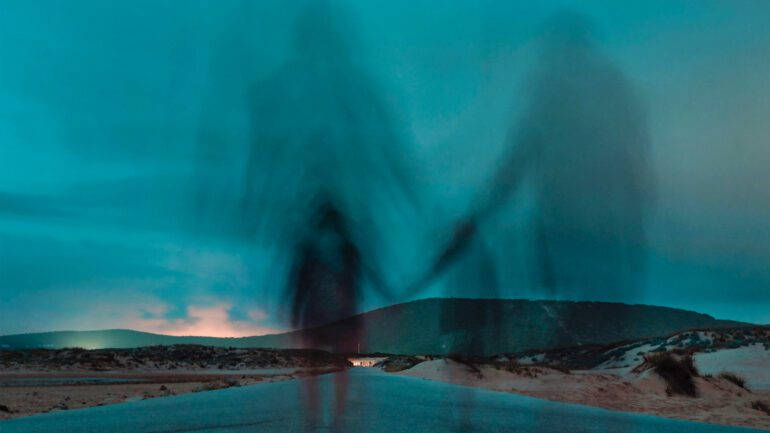 Dan was going through his usual daily routine one mundane Saturday morning – or so he thought. He didn’t really pay attention to his surroundings and didn’t notice the shadowy figure following him. When Dan entered the video game store at dusk, he glanced up at the CCTV and noticed someone stop just outside the door. He didn’t really think much of it until he left. The newest game was just released, and that’s all Dan thought about this today.

He looked around after exiting the store and saw someone standing just around the corner. His first thought was that it was his friend trying to prank him or something – he had terrible, immature friends. As he walked toward the corner of the building the person disappeared. Dan ran to catch up but once he rounded the corner no one was there. He shrugged his shoulders and turned to run his next errand.

Dan kept thinking about the video game store incident. Thinking if it was his friend he would have said or done something by now. No text yet. As Dan tapped his iPhone to call his best friend Steve, he noticed a shadowy figure duck into a store opening. He thought that was odd but didn’t bother to check it out. Who would bother to follow him? He wasn’t doing anything bad or special to entice anyone to watch him. He was just a regular guy, doing regular-guy things, he thought.

He decided to try to catch who it was following him. As he walked into an alley he hid behind a dumpster to try and outwit his pursuer. He felt like he’d been waiting an eternity but no one passed by him. When he came out from his hiding place he didn’t see anyone in the alley. He shrugged again and walked back out to the street. He still didn’t see anything or anyone out of place. Dan walked to the pizzeria and turned to glance back over his shoulder when he saw the shadow figure again. His heart leaped to his throat as he entered. His face, white as a ghost and a look of shock, startled the girl behind the counter. She asked if he was okay as she came out from behind the counter. He told her about the video game store and alley incidents which sounded crazy as he verbalized it to this stranger. She called the police, who searched the surrounding area for someone lurking around to no avail. The police chalked it up to Dan being high, drunk, or maybe even just crazy. After the police left Dan apologized to everyone for acting like a fool and left to go home. He can relax playing the video game he so looked forward to since last year.

The Raven by Edgar Allen Poe

As Dan walked the 4 blocks back to his apartment he noticed someone following him again. He started to walk faster and the shadow kept up, almost gaining on him. Then Dan decided to jog at first but the shadow kept pace. Dan finally broke into a full run thinking he was almost home and safe. The shadow didn’t miss a beat and stayed on his tail but seemed to be getting closer. Dan fumbled for his keys as he ran for his life. Upon reaching the door to his apartment building he dropped his keys and felt an ice cold hand grasp his shoulder. Dan dropped dead of fright before he could turn to see his “neighbor”, eyes blood red and glowing, grasping his shoulder.

Death had followed Dan and took his life when the timing was just right.