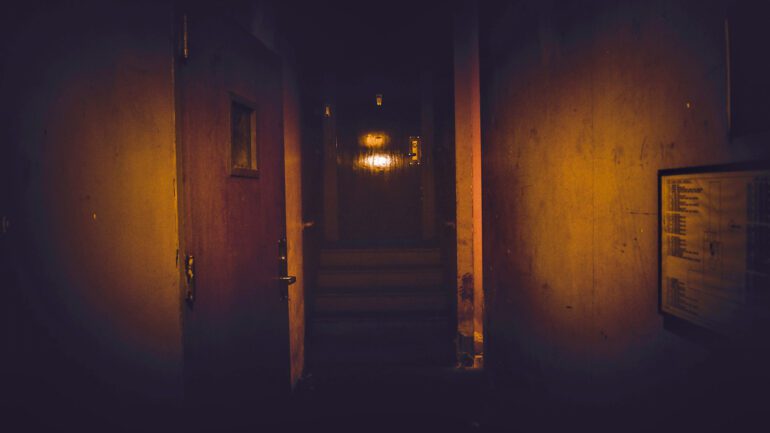 In traditional belief and fiction, a ghost is the soul or spirit of a deceased person or animal that can appear, in visible form or other manifestation, to the living. Descriptions of the apparition of ghosts vary widely from an invisible presence to translucent or barely visible wispy shapes, to realistic, life-like visions. The belief in manifestations of the spirits of the dead is widespread, dating back to animism or ancestor worship in pre-literate cultures. Certain religious practices – funeral rites, exorcisms, and some practices of spiritualism and ritual magic – are specifically designed to appease the spirits of the dead. Ghosts are generally described as solitary essences that haunt particular locations, objects, or people they were associated with in life, though stories of the phantom armies, ghost trains, phantom ships, and even ghost animals have also been recounted. As one of the great urban centers of the modern world, Los Angeles has one of the densest concentrations of paranormal phenomena, and this spooky walking tour brings the sometimes terrifying otherworldliness of this great city to life, or should we say death…..m…mwa…mwah….mwahhahahahahah!

Whenever we visit a new city, I try to find ways to fill in the night time gap….this time, while in Atlanta for a basketball tournament, I checked out different tours and found Jen…. Making a private tour request was easy, loaded up the van with 10 teenagers (mostly girls) and we headed to Alpharetta….. Having a historian guide us almost made the tour more intriguing….it wasn’t cheesy or theatrical, she simply told stories…and well, even the most skeptic person would at least think twice…. Whether or not you believe in the supernatural, the history piece was very interesting….and if half these kids didn’t catch on camera and video what we experienced…..I wouldn’t believe it in a million years!!

A group of 11 Yelpers went on Alpharetta Tours’ HOWLpharetta Ghost Tour this past Thursday night (9/5). Thanks to Yelp OTP intern Sarah G. for organizing (yelp.com/events/alpharet). We were originally scheduled to do the ghost tour on August 8, but forecasted inclement weather at the time postponed our event. The day of the originally scheduled event, I received a phone call from Alpharetta Tours informing me of the event postponement. I also received an email with a new set of tickets. The process was handled well. Tickets were $12 per person. We got a special group rate. The regular price is $15 per person. We met up with Jen Hunt, owner/operator of Alpharetta Tours, around 8:15pm in front of the Dodd Hotel in historic downtown Alpharetta. This was just around nightfall. The tour lasted about 2 hours and it was a walking tour. Bring comfortable walking shoes! Jen was a really cool tour guide. She’s a history buff and you can tell she knows her stuff, especially when it comes to the City of Alpharetta. She has done her research. The HOWLpharetta Ghost Tour can kind of be thought of as two tours in one: (1) a history tour of Alpharetta and (2) a ghost tour. We learned a lot about many of the buildings in downtown Alpharetta — what they used to be, who used to live/work in them, etc. We learned that Old Roswell St. used to be the main thoroughfare through town. We learned that Native Americans used to be shackled, transported barefoot, and buried in the surrounding area. The HOWLpharetta Ghost Tour is more of walking, educational, and historic tour more than anything else. If you’re looking for a scary, haunted house experience, then you’ll probably be bored. We spent a good amount of time at each stop. Jen gave us more than enough information on the history and backstory behind many of Alpharetta’s historic sites and buildings. We learned about multiple prominent families in Alpharetta’s history, such as the Dodds and Webbs. The tour involved a lot of walking and standing. Most of us were tired at the end, both because of the walking/standing and because it was the end of a long (week)day. We stayed within a 2-mile radius of the downtown area. Most of the walking was done on paved surfaces such as sidewalks and asphalt. However, there was one part where we were behind an old cotton mill (IIRC) and were walking in the dark on gravel. Speaking of the dark, a flashlight would prove useful, though it’s not necessary. We visited many closed/empty storefronts, businesses, and houses (with permission). We also visited the nearby local cemetary, Resthaven Cemetary. I have never seen nor experienced a ghost or paranormal activity in my life, but I don’t rule out the possibility of these entities existing. However, I do tend to be a skeptic. I find the whole “orbs” thing to be funny. Jen explained that if we snapped a photo and saw orbs in our photo, that the orbs represent young spirits unable to fully manifest themselves yet. I personally think these orbs are just specks of dust or other matter flying in the air or perhaps light reflecting strangely through the camera lens. I did get some nice shots of orbs. You can check out the photos I’ve posted with this review to see them. Jen posted one of them to the Alpharetta Tours’ Facebook page and Twitter feed: twitter.com/alpharettato. Jen was also a jokester. She told a lot of corny ghost jokes. I couldn’t believe how many she had in her repertoire. Before going on the tour, be sure to read the FAQ (Frequently Asked Questions) on Alpharetta Tours’ web site. It has a lot of useful and helpful info. There are no restrooms on the tour route, so be sure to go before you start the tour. Also, you may get bitten by a mosquito or two, so you might consider putting on some insect repellent. Finally, be sure to tip your guide at the end, especially if you had fun. We had fun because of our guide and because of the company.