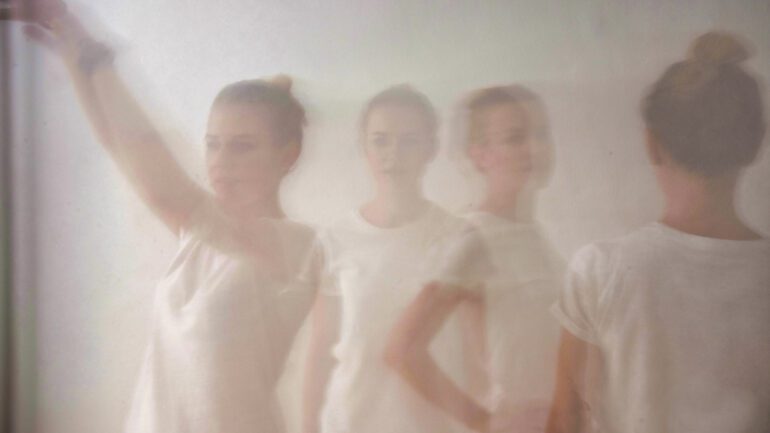 The Grand Gala is a massively large building situated almost smack dab in the center of town. It had been built in 1672 and used as a courthouse during the Witch Trial hysteria and then it became a makeshift hospital during both the Revolutionary and Civil War. The building was used throughout the years to house the sick, disabled, and insane as well as a mortuary, funeral home, and boarding house. It is said that the building holds many secrets such as secret passageways and tunnels. No one has ever claimed to discover any of these secrets to this day.

Today the Grand Gala, which was renamed in 1924, is used for community activities.

It was a beautiful summer night for the Annual Masquerade Ball that Nataliya was anxious to attend. Sitting on the edge of the bed Nataliya searched for her favorite extravagant shoes. It was just 5 minutes past 5 o’clock but she wanted to be there by 6 o’clock so she had to hurry. After several minutes she found them and slipped them onto her feet. As she took a final look in the mirror, she was ready and out the door. She walked to the Grand Gala thinking of the history of the building, which made her shudder. As she approached the front entrance she noticed that there was a crowd of people waiting to enter. The new security checks that were put in place slowed down entry. Nataliya didn’t want to wait or waste any time so she decided to try another entrance. She rounded the corner and found the side door for the caterers open and ducked inside. She proceeded to the main hall where she found her friends. They hurried into the ballroom and started dancing the night away. Nataliya would dance for a song or two then grab a drink or snack on some food until her girlfriends found her and dragged her back to the dance floor.

It was just past 9 o’clock when Nataliya went looking for a quiet place to rest. She walked into the garden area and was amazed by the site. The statues and flowering bushes speckled the lawn with just enough light from the full moon and party lights. Nataliya found a bench to take off her shoes. As she sat admiring the beauty she saw a flicker of light across the garden. It flickered several more times before her curiosity convinced her to investigate. Walking straight towards the flickering light Nataliya found herself standing in front of a wall of ivy. The light was coming from behind the vegetation and without thinking Nataliya pushed the ivy apart to shimmy through the opening.

The floor was cold stone and as the light flickered her eyes searched for its source. She saw a light bulb hanging from a thin wire and moved quickly towards it. She used part of her dress to touch the bulb and steady the connection as she adjusted the bulb in its socket. Once the light stayed steady she scanned the area she was in and found a short hallway that led to a wooden door. The door didn’t have any visible knobs – just a metal ring to grasp and pull the door. Nataliya hesitantly pulled the door open. The candlelight was so dim that she couldn’t see anything in the room but entered it anyway. Once she was inside, the door behind her creaked closed with a loud thud. Nataliya walked toward the candlelight. It seemed the more she walked, the farther away the candle was. When she stopped to rest, she put her hand against the wall closest to her and felt the cold, wet stone under her hand. As she thought about how far she had come, the candlelight went out and she found herself in complete darkness! She still had her hand on the stone wall so she decided to try to walk back to find her way to the entrance. After walking for a while she noticed that the floor and wall seemed to get colder with each step. Nataliya felt uneasy as if someone was there, and that she wasn’t alone. When she was about to take another step forward she felt something touch her leg. Nataliya tried not to scream or run but couldn’t. Whatever had touched her leg grabbed her wrist with a deadly, cold grip. Nataliya screamed and tried to pull her wrist away, but to no avail. A whisper floated to her ears and it said “You are a part of us now”. Nataliya cried as she was dragged through the darkness.

Down into the secret passageway.

The next day the grounds keeper found Nataliya’s shoes next to the bench she had sat on the night before and put them in the lost and found box. Nataliya’s friends tried to find her but after a few days they didn’t know what had happened. They decided to file a missing person’s report with the police and see what they could turn up. After several years Nataliya is still a missing person to the outside world.

To the Grand Gala she is just another victim.