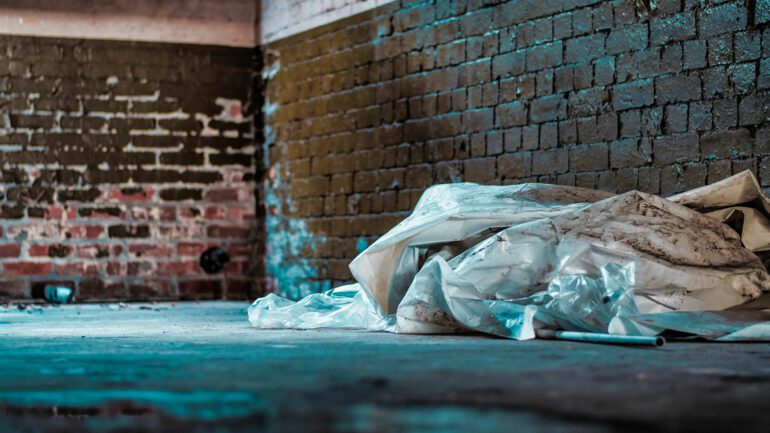 We took the Horror Tour and it was awesome. Our guide, Angela, was absolutely great! We learned about all of the scary and disturbing stories of New Orleans. If you’re into the dark stuff, I definitely recommend this tour. It was filled with murder mysteries, ghost stories, and tales of vampires. Angela even stopped a street fight! Make sure you get her as your guide and she’ll keep you safe.

As a first timer to NOLA, I was eager to learn about the city and gather interesting historical factoids. Like many tourists would consider doing to achieve such knowledge, I purchased a walking tour. Unfortunately, it was a less than ideal experience all-around. Our group selected the 10:30 a.m. French Quarter and Cemetery Tour and arrived right on time. We were given tour stickers to wear and some background on the historical restaurant in front of us. We walked up St. Louis Street — learning along the way about NOLA architecture styles. This could have been interesting, except that our guide was completely disengaged from the tour. Maybe he was distracted, or too hot from the January heat, but he looked and sounded like he’d rather be anywhere else than herding a small group of tourists through the busy streets. I lost track of how many times he told us to move to let people by on the sidewalk. We weren’t standing in the way, and if someone desperately needed to get by, they could’ve uttered a simple “excuse me.” Once we arrived in the cemetery, there were some notable issues. The guide casually mentioned that it was overrun by tourists, for example, which was interesting since he was speaking to me…aka: a tourist. You could only get into the cemetery with a professional guide, which I’m not used to at all. I love historic places and cemeteries, and whenever I’ve visited one in the past (lookin’ at you, Savannah!) I’ve had the ability to roam. Here, we needed to stay close by our guide at all times or receive a nice stink eye and chide. I guess they worry about visitors marking XXX on voodoo practitioners’ above-ground graves. After the guide mistakenly said Brown v. Board of Education took place in 1955 (it’s 1954!) and then used the word “maybe” one too many times, I began to zone out. Another tour was nearby and their guide sounded so engaged and used a tone that conveyed a true excitement about the cemetery. I couldn’t help but listen to her. After the cemetery, we passed through Louis Armstrong Park before making our way down to Jackson Square, where the tour finally and thankfully reached its end. Sure, I learned some facts about NOLA that I didn’t know before through this tour, but I also learned to research tour guides more before making a purchase in the future

Next
The Tell-Tale Heart