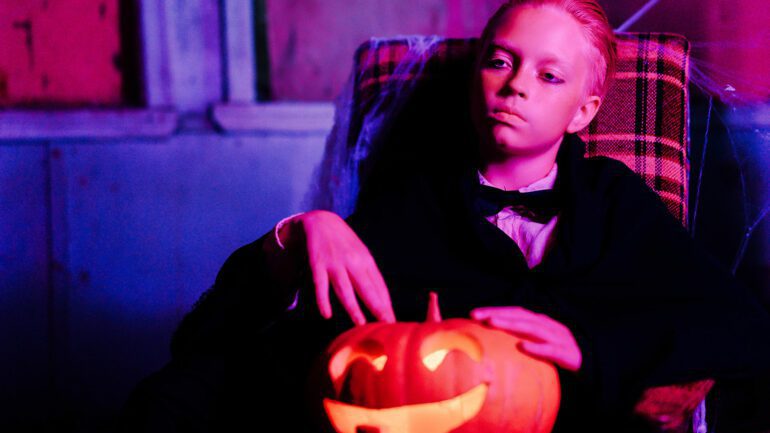 Some people have seen ghosts at the Vulture Mine, even smelled cake baking in the old mess hall. If there are ghosts, the Vulture Mine would be a likely spot for them. Here is a spot where three thousand people once lived, worked, loved, hoped, and died.

While Russ was working in the mess hall, silence descended on him. He couldn’t hear the usual desert noises, and he began to hear voices. The voices cheered him on, told him he was doing a good job. They repeatedly called him “Ben.” Gradually, his hearing returned. After this, Russ Hunting would occasionally give tours, in costume, as his alter ego, Ben Russell. Russ died in 1996. His friends, John and Marge, fulfilled his request that his ashes be scattered at the mine “so that I can be with my friends.”

Absolutely a must do at Universal Studios! The tour guide was really good, well informed, and did a great job explaining and introducing the various scenes and effects we saw. One of the highlights was watching how a train crash/earthquake scene is done. You go into a subway station scene and watch a train crash, electric wires crackle and pop, a fire start, and then a flood of water come in. Then you see samples of movies that have used the same set your sitting in on the small screen on the car. We also saw a flood scene that was used in a couple movies as well. The tour also includes King Kong 360 which is awesome. You’re surrounded by huge screens on a moving track and watch as you make an escape from dinosaurs with the help of Kong. This was really well done and a lot of fun. It’s amazing how they make you feel that you’re driving fast, escaping something, when you’re really just stationary. You also take part in a Fast and Furious chase/capture sequence. This one was pretty cool and pretty cheesy. Still a lot of fun though with a lot of cool effects used. The one disappointment was they didn’t take us through the Back to the Future scenery! I was really excited to see Hill Valley! I think I saw it from high up, but I was really sad we didn’t get an up close look at it. Maybe next time. Must do at Universal Studios if it’s your first time. If it’s not your first time, you can probably pass as it will likely be the exact same and takes 30+ minutes.

I was looking forward to this tour more than any other part of the Universal Studios experience, but unfortunately found it came up short. The experience began with a rather lengthy wait, even though we had Front Of Line Passes – it’s just that mobbed. I wouldn’t mind the wait, but it didn’t feel worth it. You sit on long tram trains as you tour the studio, listening to your guide, who you can’t actually see except for on video screens, and who is rattling off a semi-humorous script for what is obviously the umpteenth time of the day with forced cheer. Periodically the video of her cuts away to Jimmy Kimmel skits that are nearly unbearable to watch – just not funny. There isn’t much to see for the beginning of the tour, unless you enjoy looking at the outside of windowless buildings. It picks up a bit for a King Kong 3D experience. After that, there is some fun seeing the sets: Norman Bates hotel from Psycho, Wisteria Lane from Desperate Housewives, and the Lake and Island from Jaws were high points. I would have preferred more detail about the history of the filming of the movies and shows involved, and less of the on-board “entertaining” that wasn’t.

Next
The Boston Night Tour