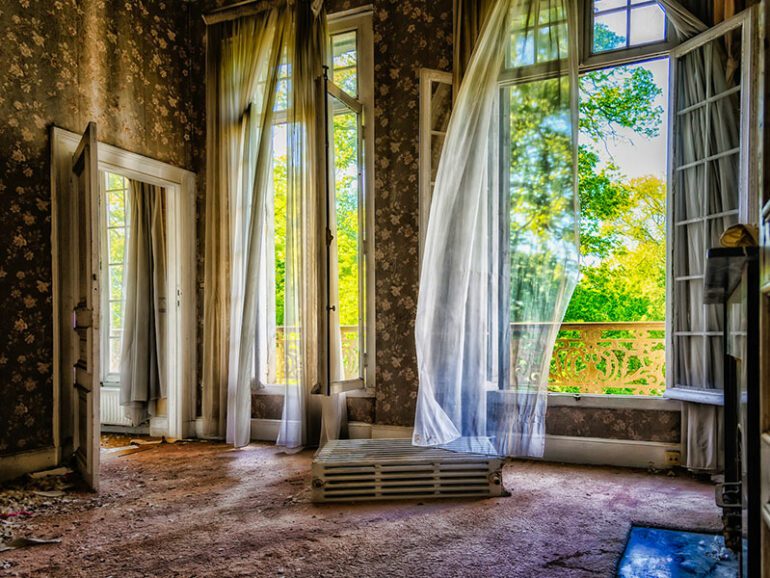 Providing customers with historical information on the darker side of Austin Tx.

Haunted ATX went beyond my expectations! Our tour guide, Sarah, was entertaining, enthusiastic, and knowledgeable. She made us feel very comfortable right from the start, and her stories kept the entire group engaged. The tour was a surprise Christmas gift for my wife and I’m so glad we did it. Would definitely recommend, not just for tourists, but Austinites as well–I have lived here for decades and I still learned a lot of local history. Great evening overall!

Looking at all these 5 star reviews I felt as though this would be great. But, sadly I have to agree with the other yelpers 1 star review.

Van pulls up and we load in. Me and one of our guest in the very back, the other three of ours were seated on first row.The van has third row seating with captain chairs as second row.It was a regular hot evening, with air conditioner blaring we couldn’t hear the guide talking as she’s driving so as requested she turned air down, now we are hot so we just have to suck it up and deal with it if we want to hear.

We were going to 3 spots;The Tavern, The Littlefield mansion, The clay pit. Preface I already read up on all three locations history so I knew what to expect.

Once at the Tavern the guide kept calling the spirt who is known here as the little girl Emily. Wrong.Emily was the mother. She showed the shoes on display and said” you probably wonder why the shoes found in the wall during renovations are so big for 10 year old “Emily,”well her mom couldn’t afford shoes to fit”. Nope, it’s because their Emily ,THE MOTHERS, shoes. She didn’t even get the names right. Then upstairs she tells stories of paranormal encounters other tours had, and acts as though she can see Emily’s spirit. She said the little girl was tortured for 2 weeks by her hooker moms obsessed client a few houses away, killed, and brought back to Tavern and shoved in a crawl space . She says Tavern is haunted by girl, mother, client, never stated how mother and client die. But from what I read none of this is the actual story.She acts as though the door moved and she sees the little girl.We were heckled by customers as she told the wrong story with mixed up characters.Next is the mansion on UT campus. What a joke, we stood outside while she told 3 sentences about the house then told wild encounters by previous tours that only an idiot would believe.Them on to The Clay Pit( an Indian restaurant).We went down to basement were people were eating, its cramped down there , and she has 11 of us hovering over diners. We are clearly annoying the waiters being in their way, she’s talking loud about dead bodies and such so a diner gets very upset and loud demanding the management. We are asked to go upstairs. Once upstairs, she takes us to a room and says she’s not going in there cause she’s seen too much but we can. She says she’s seen a young girl on one tour lift up off ground and slammed down &dragged . When we leave that room, the hearse tour was going in, I overheard their guid tell them the exact thing” I’m not going in there I’ve seen too much” and told the girl story. Then our guide shows a few pics as she had at the other places claiming she or her previous tour people have taken . She once again acted as though she saw spirits.When she was wrapping it up, she blatantly admitted saying ” I have to admit to you guys I lied,I got the pictures off the internet .So there you have it. Our guide never got the story or names right at the Tavern, the mansion was a wasted stop, we got ran off at The Clay Pit, she acted as though she saw spirits, she mainly told wild stories of previous tour encounters, and lied to our faces about pictures.you are honestly better off going to these places on your own since the tour is done anyways during the businesses open hours, maybe you won’t get ran off like we did at The Clay Pit or heckled like we did at the Tavern.And how stupid to stand outside the mansion, I could have just drove by it and spared myself her BS stories of shutters shaking, door handle moving on previous tour, hardly any info on the mansion. What a waste of an hour drive, time and money